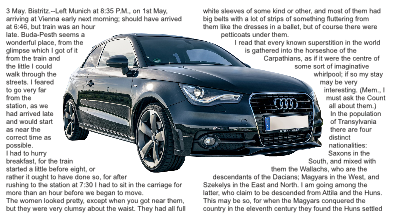 Sometimes you have an image that you want text to flow around but you don't want the background of the image to show. If that's the case you can isolate the image and create a clipping path so Scribus can flow the text around that.

A clipping path is one of the things Scribus can use to flow text around an image. Other things, such as a contour line, are available but won't be explained here.

This tutorial is a little unusual for the Scribus Wiki in that it is in two parts. The first part is in GIMP, the second part is in Scribus.

It's been written this way in order to show how you can use both applications to create an effect that is used in many professional publications.

This tutorial isn't really for people who haven't used either GIMP or Scribus before. Total beginners might get a bit lost as not everything is explained down to the fine detail but most people who have used both applications should be able to follow it quite easily.

First you'll need an image to work on. 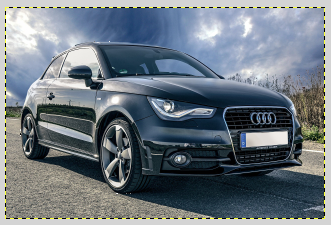 You can use any image you want - within reason - but if you want to follow along you'll need to download the image (figure 1) from here. (The 1280x850 version will look nice but the choice is up to you.)

You will be doing quite a lot of precision work here so it's best if you zoom in, 200% is good.

Setting the Antialiasing and feathering like this works well for most images but you can experiment with using different settings. 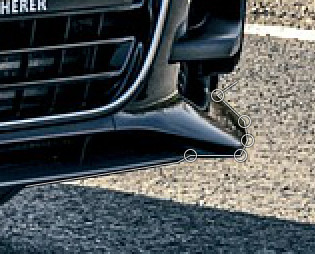 At this point you don't need to be extremely accurate as you can go back and alter any minor mistakes - pressing backspace undoes the last point you clicked, but the more time you take getting it right the better the outcome will be. Use small distances between clicks to go round curves but use long distances for straight edges (such as, in this instance, the underside of the car and the bottom of the tyres).

Your goal is to draw a line with the select tool completely around the object you want to isolate while having as little of the background inside the selection (figure 3). 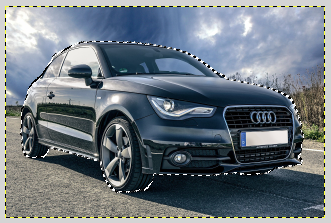 If in doubt as to where to draw the selection line draw it very slightly inside the bit of the image you're trying to isolate instead of outside.

For the purposes of this tutorial you can make the selection as crude as you want but you'll see the effect better if you take the time to trace the object properly.

This inverts the selection so you have now got the background selected. 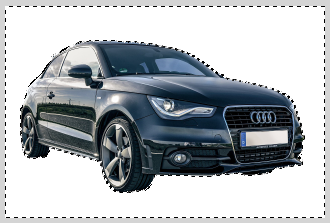 If you're not happy with what has been erased, use the Undo function and alter the selection using any of the selection tools. (There are plenty of really good tutorials on the web about using GIMP's selection tools so no more information will be given here but see the Conclusion to this tutorial for a little tip.) 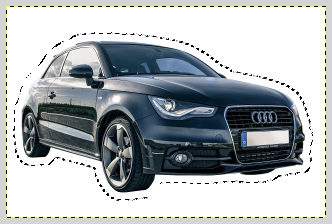 You should now see that the selection has grown and there's a "gap" around the image (figure 6).

If you didn't fill the background with white earlier your selection would now include some of the background, and that's not what you want in this case.

Before continuing you need to keep in mind that Scribus will try its best to fit the text around the image in the most efficient way it can. This means that it will try and put text wherever it can including "concave" areas, such as - in this instance - the area under the car.

To remove these areas you'll need to add more to your selection. 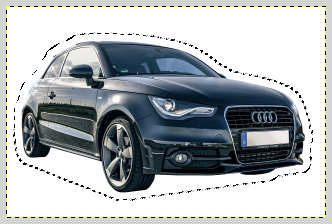 You now need to make a clipping path for the image so text will flow around it.

Once you've tried this tutorial, try it again but without making these adjustments so you can see what happens to the text under the car.

In most cases you would also shrink the overall size of the image to remove all of the un-needed white area outside of the selection but you won't bother with that here.

GIMP will now create the clipping path according to the selection. This may take a little while on slow computers with a large image. A status bar at the bottom of the GIMP main window will show its progress.

You've now got an image with a clipping path.

You need to save as TIFF as JPEG doesn't allow clipping paths.

Now you will put the image into a document and put some text around it.

Step 2A - Base Image

You may need to resize your image to get it how you want it inside the frame. Do so before proceeding.

You can load your own text or type it using the editor as normal if you want but sample text if being used here for demonstration purposes.

You don't always need to do this, depending on your needs, but if you don't do this - for the purposes of this tutorial - the text will be difficult to read as sentences will run from one side of the image to the other. Once you're finished with the tutorial try setting the number of columns back to 1 and see for yourself. 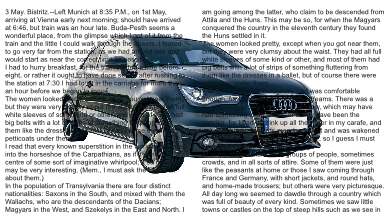 The text should be written all over the image (figure 8), but that's fine for now.

The image should be above the text but there's a load of white space. No problem.

You now need to tell Scribus to use the clipping path you created earlier.

There is now a "boundary" - the gap you created by "growing" the selection earlier - around the image but the text isn't flowing around it.

The text now flows nicely around the image, like that in figure 9. Fantastic.

There are lots of different ways that you can create a selection in GIMP - before you create the clipping path - and they all have their disadvantages and advantages depending on the effect you're trying to achieve.

For instance, for images where the background is mostly one colour, why not try the "Fuzzy Select Tool" on the background to see if you can create the "inverted" selection - as you'd get at the start of Step 1B - with just one click?

Have a play around and see what you can achieve.