Difference between revisions of "How to CCTV-ify an image" 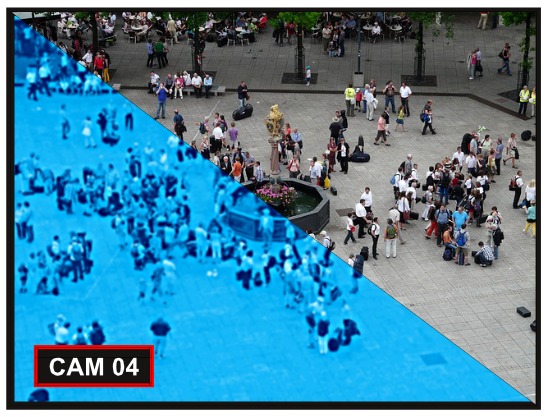 This tutorial will show you how to convert a normal image into something that looks like it's been captured on a CCTV camera. (Not a particularly useful thing to do but it might give you some inspiration.)

First choose a picture that looks like it could have been taken by a CCTV camera. A nicely framed picture from eye level won't look right. To look best it should be taken from a height, from a distance, and (perhaps) be at a strange angle. 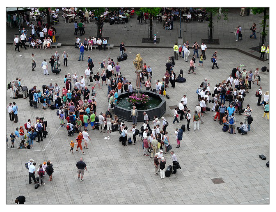 If you're following this tutorial to the letter you can download the image used - figure 1 - from here: http://pixabay.com/en/human-personal-meeting-58331/

You should now use whatever tools you want - adjust, scale, etc. - to get the image looking as you want it.

You've now opened the "Image Effects" dialog. There's a lot to see in here but it won't be explained in this tutorial. You'll be taken through only what you need to do for this effect but you'll need to find more information elsewhere if you're interested. 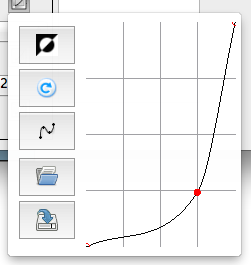 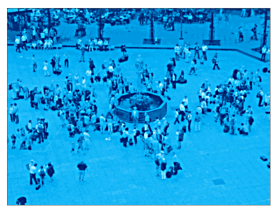 You can now OK the Image Effects dialog and you should have something like figure 4. Try adjusting the various things you changed until it looks right.

Once you're happy with the effect you can embellish it with an outline and some text like the image at the top of this tutorial.