Difference between revisions of "How to create a neon sign" 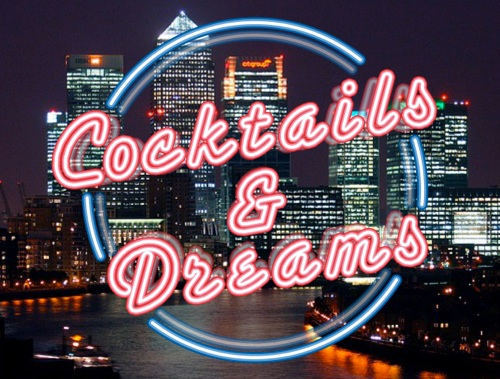 In this tutorial you'll create a simple neon sign.

This is a very simple way of creating this effect. For more professional results it is recommended that you use either Inkscape or GIMP (or a combination of both).

You'll be creating something like that which you can see in Figure 1, but the same techniques can be used to create the sign shown above. You just need to put in more time and effort.

This tutorial can be followed by anyone with a good grasp of the Scribus basics.

If you're following this tutorial to the letter you'll need the Dosis Bold font. You can get it for free from here.

If you're not using Dosis Bold you'll find that a medium-thickness rounded font works best. Some of the thicker fonts tend to mess up the effect - thin fonts also mess things up, but differently - and angular fonts tend to look a bit odd, but feel free to experiment.

You first need to set-up the colours for the sign. You should already have White and Black in your palette but we'll need three others.

Figure 2 shows all of the colours you'll need.

Now you need to draw a dark background. You'll use a classic black for this tutorial but feel free to try others.

The text is now all one shape and can be easily modified. You should have something that looks like Figure 3.

You've now moved the text you'll use for the sign to its own layer. The purpose of this should become clear later.

Now you need to create the effect you are going to use for the neon effect. And for that you'll be using a Line Style.

You now need to create the different lines that will make up your new line style.

When editing a line style you need to watch out for Scribus re-sorting the lines by width. This is because Scribus makes sure that thinner lines are always displayed above thicker lines. 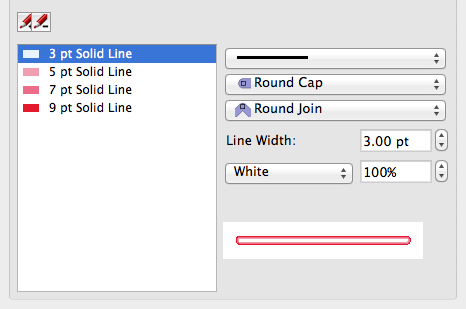 You've set-up one of our lines; now you need to do the same for the others.

You can start to see your line style building up on the bottom-right of the dialog.

You've now created your new line style. Figure 4 shows what you should have.

You can also close the Style Manager dialog if it's getting in your way.

Now it's time to apply our new Line Style to our converted text.

It's looking okay so far - or it should be! - but it's not finished yet.

In case you were wondering why you set the Caps and Joins to "Round" earlier, see Figure 5 to see the difference. 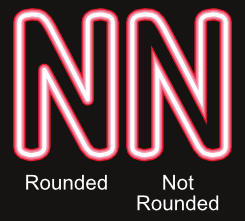 You could just leave it like this but you'll add a little embellishment that will make it look a bit better (hopefully).

You'll notice that the new "Reflection" layer is above the "Sign" layer. You don't want that; you want it underneath.

This has moved the new layer below - or behind - the layer with the sign on it.

You may have seen the duplicate jump below the original.

You should now have your sign complete with a reflection off some invisible glass. You might need to move things around until you get the effect to your satisfaction.

And that's it. Why not try experimenting with different fonts and colours and see what you can achieve?

If you plan to export your work to a PDF make sure that you use PDF 1.4 or better, otherwise the opacity - in the reflection - will not work.

I did say it needed more time and effort. Good luck!