Difference between revisions of "Render frames and the LaTeX listings package"

Finally, with some additional advice, and some hours of working on this, this was sorted out, using the LaTeX package listings. It's also worth adding that in order to show syntax in color you also must use the color package. What follows here is an explanation of the process, using a Python script as an example. Much of the time was spent using LaTeX outside of Scribus in order to get the syntax right from a LaTeX perspective, but also to be able to compare the end result with the Scribus/Render frame method. 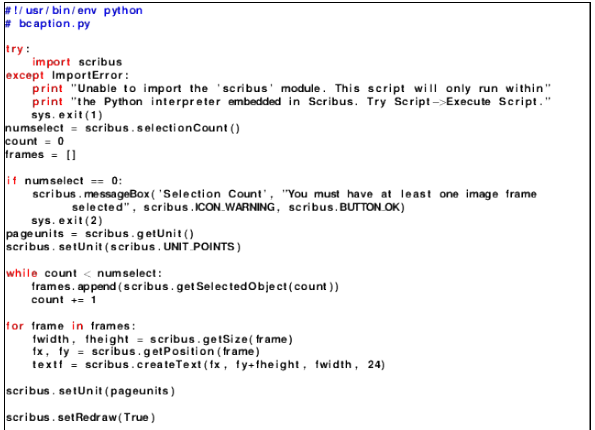 So here we see how this syntax highlighting can be done using a Render frame, in comparison with at least one other alternative.