Difference between revisions of "Success Stories 2006" 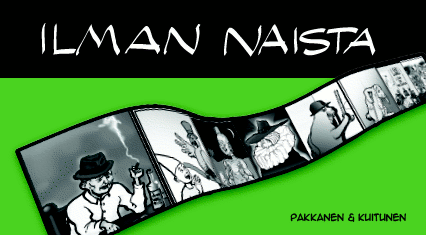 Description: This self-published Finnish comic book was created with Scribus. It has 84 black and white pages which contain comic strips and a corresponding commentary track. A total of 500 copies were printed using a high quality offset printer. Scribus version was 1.3.3.4 and it performed admirably. Final print quality was very good. Thanks to the Scribus team for creating this powerful program.

The comic is also available on the web (in Finnish).

Triangle – thrice-annual newsletter of the chapel of Trinity College, University of Toronto

Cogito – a Norwegian Magazine and its accompaning advertisment flyers 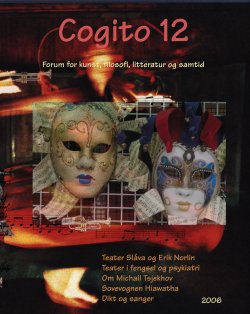 Cogito number 5 to 11 were made with Pagemaker 7.0, but as a linux-user I got tired of rebooting between Windows and Linux, so I decided to give Scribus a try. Number 12 was then made using Scribus 1.3.3.3.

Importing my old fonts was a breeze :-) But the layout had to be rebuild from scratch. The frontpage was made with the Gimp.

The articles are all in norwegian. The magazine is published twice a year, has 80 pages, 2 columns per page and many illustrations, in number 12 just in black and white. Format: 210 x 260 mm. See http://www.forumcogito.no/numre.shtml to have a look at the different numbers of the magazine.

The flyers are here: http://www.forumcogito.no/nyheter.shtml Actually, you will probably not even spot the difference between the flyers for nr. 10 and 11 (Pagemaker 7.0) and for nr. 12 (Scribus 1.3.3.x).

You probably also would not see any difference between the layout of the former issues and the last.

Thank you all for the good work – Scribus is getting better and better all the time – and pretty fast too :-)

Buchstabensuppe at Literaturbuffet – a journal, flyers, stationery, and business cards for a Viennese bookshop

it is time to say „Thank you” to the Scribus developers for their work and to the mailing list for its kind help whenever there were questions.

We – my wife and I – opened in october our bookshop here in Vienna – and everything – the logo, the stationery, the business cards, the journal for clients – Buchstabensuppe, all flyers and posters and the ads in newspapers were and are made exclusively with Scribus.

The posters for our lectures are here: http://www.literaturbuffet.com/html/veranstaltungen.html

Maybe you will like one or the other graphical idea I've implemented with Scribus!

I designed this campaign alone (with 2 professional photographers working on portraits) in about 45 days (during which we also managed to produce 2 issues of the 'Ogledalo' magazine, which is a 32 page full color monthly magazine made with the same tools)

Scribus has proven to be an incredible tool for professional print production, which along with powerful features of Gimp and Inkscape create a toolset that rivals or beats commercial tools hands on. I am an advertising professional and i have used almost every commercial tool out there. After 10 years in the business, my entire workflow is serviced with OS tools and productivity is higher than ever before, without the loss of technical excellence.

No 11 is the first issue which has been entirely made on Ubuntu Linux with exclusively Open Source tools: Scribus, Gimp, and Inkscape. Despite some problems I've managed to accomplish my aims. I'm very pleased and astonished to see how much progress the abovementioned apps have made since I've started to use them for the very first time. This magazine issue is not quite as good as previous issues in terms of layout, since I've been learning Scribus by doing and have had to recreate the whole magazine template first. 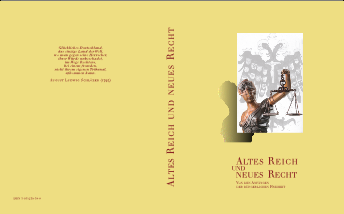 The exhibition catalogue was made for a major German exhibition called Altes Reich und neues Recht – Von den Anfängen der bürgerlichen Freiheit on the occasion of the end of the Holy Roman Empire (1806), presented by the Imperial Chamber Court Museum (Wetzlar) and the Municipal Museum of the City of Wetzlar. The book contains 404 pages, 32 of them in 4c, plus dozens of b/w photos. The cover is also 4c and hardcover. The page format is 210x280 mm. Creating this book was pretty much business as usual, there were no major differences to what would have been done in QuarkXpress, apart from some minor, but annoying bugs that have been reported to the Scribus Bug Tracker, some of which are already resolved. Suffice to mention, almost all of the work was done with Scribus 1.2.5cvs and 1.3.3.x, Inkscape 0.43, GIMP 2.2.10, UFraw 0.8, and OpenOffice.org 2.0.1 on a SuSE Linux PC. Colour control and CMYK conversion of some images was done with CorelPhotoPaint 11 under Windows 2000.

You can download the front matter and the TOC here

Some of you helped answer my questions earlier this month.

Thanks in part to your [mailing list's] help, our group was able to complete our book in under 30 days, from brainstorming to final product.

I spent two days on the layout, it was a rough two days putting an over 100 page book together with last minute edits and changes. But it happened! And we finished our project 1 day before our deadline.

Our book is on lulu.com now – all layout was done is Scribus 1.3.0, I used some Gimp and Inkscape as well. Our print book has been sent and we are waiting on a proof, as well as other offers from some publishers.

If you'd like to see the book, it is free to download this weekend in ebook form:

I am not really here to promote my project, but to thank you.

Scribus is a great program, once you learn how to work with it and not against it. The final file for this book was distilled in Acrobat--but it was Scribus that did all of the work.

I used Scribus before for an entire year, creating a print tabloid every month. It never let me down.

AnimeAngels Mangazine is the first Christian Manga (Japanese Comics) Magazine. Independent Christian manga artists compile their best mangas together along with regular features like Anime/Manga tutorials, Bible studies, articles about the anime world from a christian point of view, and gaming and anime reviews. [1] 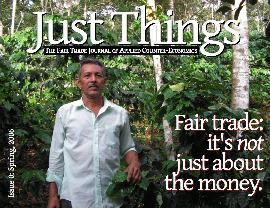 Building on my experience with the CEPAD Report (see the bottom of the page), I am now making a magazine dedicated to promoting and developing fair trade. Currently, it's coming out quarterly, but I hope to gradually increase the frequency. You can download it at justthings.info. Thanks once again to the Scribus team, without whom I could never hope to do this. 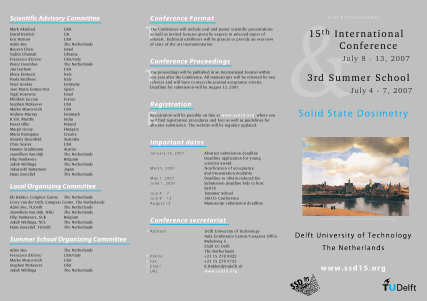 Side 1 of the unfolded leaflet. For the complete leaflet see this pdf.

As a DTP amateur I always have been using Indesign for non-profit, personal designwork. When I received my first freelance commercial assignment I did not longer wanted to be bothered with the ethical dilemma's of using illegal software. As a fresh Ubuntu user I knew about Scribus but wasn't too enthousiast about it's interface and features compared with those of Indesign. However, I decided to go for it and to deliver my first commercial work using only free software and free fonts/artwork.

During the process I encountered several bugs in the 1.3* version that I was using, all related to on Canvas editing of text. As an Indesign user I was used to just edit the text live on the Canvas for most of the finetuning. At first, I was quite disappointed, but I decided to report the bugs on the bugtracker and all of them were fixed an a few days! Amazing! The exported final PDF printed without any problems on a CMYK press.

I really am amazed and very enthousiast about the progress of this fantastic software and will continue to use and contribute to Scribus. Thank you Scribus team! 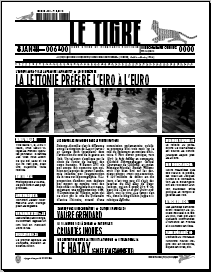 The cover of this week issue:

You can see the pdf (Web export) there:

Thanks to everybody who made possible that - all the developers and people on this list. Scribus still has some issues, but less and less - and it's very important that we use it and explain about free software.

An excellent example of the capabilities of Scribus 1.3.x.