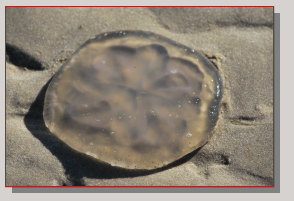 At this point, recall this is a text frame, and presumably we wanted to put text in it. Even a large, dark font will likely be difficult to read with this background. We know that if we try to set the Transparency of the background, our text will similarly become transparent. We could do that, then place a similarly sized new frame on top, but much quicker is to edit our symbol from the Symbol dialog. In this case we used Image Effects to increase brightness and reduce contrast a bit, with this result: