How to be artistic with image effects

Did you know that you can create some quite nice image effects within Scribus without having to learn GIMP/Photoshop?

If so, then this tutorial probably isn't for you but it could be worth a quick read anyway. If not, then read on to find out the sort of things you can achieve with very little work.

This tutorial isn't meant as a fully comprehensive guide to the Scribus image effects. It introduces some of the basics - in case you've not used the effects before - then dives in to show some specific effects that you can achieve. It's up to you how much time and effort you put into experimenting with them.

It is assumed that you already know how to put an image in an image frame and manipulate the frame so that the image looks good inside the frame. 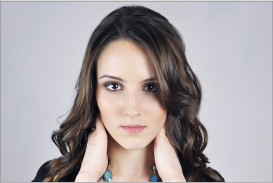 Before you start you'll need to download this image. You can use the effects on any image but this portrait is good for showing what you can do. 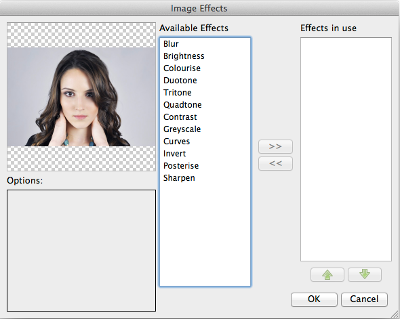 What are image effects? Well, basically, they're changes that you can apply to images in Scribus. They don't change the original image, they only apply changes within Scribus that you will see on-screen and that will go into your final output. The original image is not altered.

You've now been taken to the Image Effects dialog as shown above.

You can alternatively get to this dialog by going to

Properties 〉〉 Image and pressing the Image Effects button. It's up to you which method you use.

On this dialog there are four main areas:

The effects in the right-hand list are applied to the image in a top-down order. The effect at the top of the list is applied first, then the next one down, and so on. You can alter the order in which effects are applied by using the up- and down-pointing arrow buttons below the "Effects in Use" list.

Sometimes the same effect can be applied multiple times to the same image but you'll very rarely need - or want - to do this. Also, some effects cannot be combined. This is usually because they do similar things. For example, Duotone and Tritone cannot be combined as the former is just a "subset" of the latter. If you can't combine effects you will not be able to press the >> button.

Now you're ready to start applying some effects.

If you look at the Preview Panel nothing has changed. This is because the "Brightness" effect defaults to doing nothing - at first - until you tell it otherwise using the Options Panel.

That effect has now been removed and you will see that the Preview has also changed back to the original image.

The Preview Panel should now show the image as a grey picture with no colour, as you might have expected from the name of the effect.

Looking at the Options Panel you'll also notice that there are no options. Some effects have no options, they simply do one thing and you can't change what they do.

You'll now see that the "Greyscale" effect has been applied to your image, and that's fine but it's not very artistic. Next you'll be applying some effects in more complicated - and interesting? - ways.

It is recommended that you play around with the effects dialog and the effects to get used to how the dialog works and what some of the effects do. You might not at first be able to understand what each effect does or how it works but you need to be comfortable using the dialog before you continue.

If you're ready to move on, you'll now make a more artistic greyscale image.

You'll have seen the greyscale version of the image earlier and it looks a bit "artistic" - as most black-and-white pictures do - but Scribus can do better.

You'll notice that your image looks greyscale again but it's a bit darker than before. That's a start but lighter is better here.

Your image looks like the earlier Greyscale effect now, and that's fine but you can get it looking better.

You've just opened the "Curve Editor" for Colour 1, see figure 1. While it might look complicated - and it can create some powerful effects - you don't really need to know what it does just now. Simply follow the instructions then play around with it later.

Did you see the Preview change? Did you notice the background of the image disappearing?

Try dragging that point around while looking at the the Preview to see what happens but remember to drag it back to (1,0) before you continue. 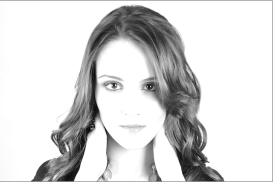 This has again altered the preview slightly.

I Hope you'll agree that the image - figure 4 - looks a lot more "aristic" than the normal greyscale effect.

Go for it
This tutorial doesn't explain how the effects you'll be applying actually work. That would take up a lot of space and it's very complicated. The best way of seeing what they do is to experiment. Drag things around, press some buttons, see what happens. Don't get bogged down in how things work unless you really need to. Instead, have fun and go wild making weird effects. You never know what you might be able to create. (If you really want to know more there are plenty of articles explaining the effects on the web but most of them relate to Photoshop. They are still readable but you'll have to convert the language to "Scribusese".) 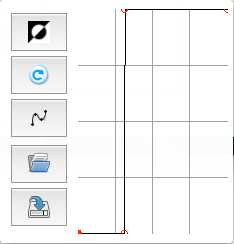 What about if you want a truly black-and-white image instead of a greyscale one?

Well, that's simple too. Scribus can do quite a reasonable job of simulating what's sometimes called a "1-bit image".

A 1-bit image is one where each pixel in the image is represented by only one bit; i.e. where binary-0 is BLACK and binary-1 is WHITE. Think of a screen that can only produce images that are made up of black and white pixels. 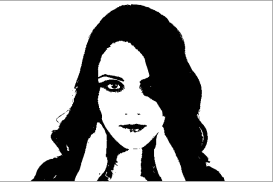 You should now have something that looks like figure 6. While it's not totally 100% 1-bit black-and white it's good enough for most purposes.

Try experimenting, changing the curve so that the vertical line moves from left to right to make different parts of the image go black/white. This effect can be quite effective if used properly but it is not a true alternative to a real 1-bit image. It's good enough for a lot of purposes though.

Have you ever wanted to make an old-style sepia-tone image from an existing one? It's easy with Scribus. 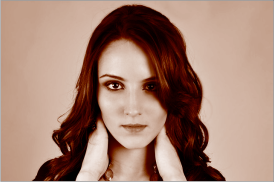 First you'll need to create a new colour to use with the effect.

Next you'll create the effect.

And that's all you have to do to get something like figure 7. Easy.

This isn't what could be called a "true" sepia tone effect. It's just a quick approximation of that effect that works fairly well for most purposes. It will not fool photographic experts. 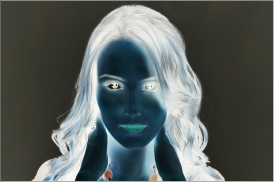 Ever needed an image that looks like an X-Ray photo? Well, Scribus can do that too. 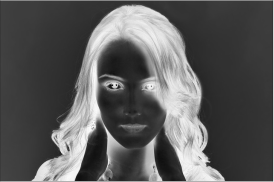 The image looks a bit like an X-Ray photo - figure 8 - but X-Ray photos aren't coloured like that.

There are two things you can do to remedy this. 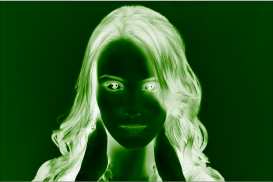 Now that, figure 10, is a lot better. Most X-Rays aren't green but it's a much better "Sci-Fi" effect, I hope you'll agree. 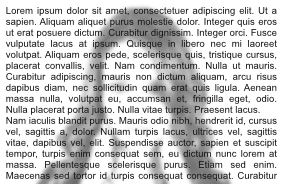 Sometimes you want to put an image under some text to make it a little more interesting but the image gets in the way of the text making it difficult to read.

You can achieve a good, but simple, effect using the Scribus image effects.

You'll now have something like figure 11. Feel free to change the effects options to get it how you like it. 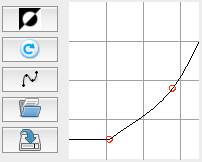 You can also combine different effects to produce something that looks a little bit like pop art. (Well, not much like pop art but it's an unusual and colourful effect that might come in useful at some point.)

You should now have something like figure 13. You'll probably never use an image like this but you can see how the effects can be added to each other to produce different cumulative effects.

You can see below how the same effects can be used slightly differently on a different image to give a different overall effect.

The whole point of this tutorial was to show you that Scribus has lots of image effects that can be used in many ways to create some unusual and wonderful things. Sometimes the result is pointless and you'll never use it, but you'll never know what's possible if you don't have a go and try.

Remember that the original image doesn't change so you can't break anything. Experiment, make a mess, and see what sort of weird things you can come up with.
Retrieved from "https://wiki.scribus.net/wiki/index.php?title=How_to_be_artistic_with_image_effects&oldid=32543"
Categories: