How to create some spooky text 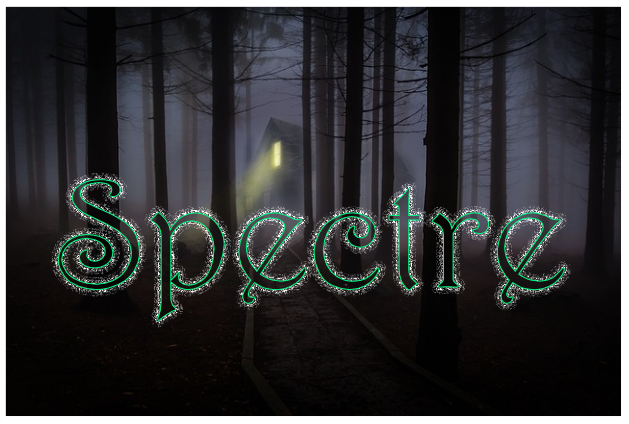 This tutorial will show you how to create some spooky text to put over a background image using a combination of various GIMP and Scribus techniques.

This tutorial is definitely not for beginners and should not be attempted until you have a good idea of how most of the basic functions of Scribus work.

Specifically, you are expected to already know how to do the following things:

If you don't know how to do these things then you probably aren't going to be able to follow the steps below. Some hints are given along the way but you really need to know what you're doing. All of the techniques used are explained elsewhere on this wiki, in various other tutorials, and the in the Scribus Manual (which is supplied with some installations). You are also expected to know how to use the basics of GIMP. There are plenty of tutorials on the web to get you started with that.

With all of that said, if you're ready, let's make a start… 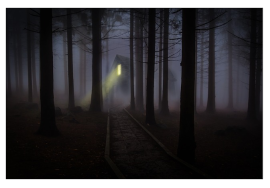 You should now have a semi-transparent image that consists of a lot of greyscale dots - figure 3 shows the top-left corner.

If you make the image smaller - or larger - than its original size then you'll need to make more changes later on. Unless you absolutely need to, stick with the image at full size for now.

Naming the layers this way will help you to make sure you put the right thing on the right layer, and therefore in the right order.

Make sure that the X,Y position values of this "outlined text" are integers as this will help later. Keep a note of these X,Y values as you'll need them later.

During the next section, make sure you don't make any changes to the initial text you've just created. If you do, you'll find it difficult to continue and may need to start again. 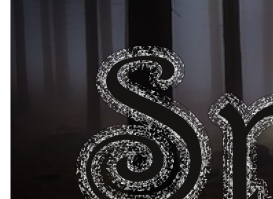 Now you've got the sparkle started.

You're getting there - see figure 4 - and it looks quite nice as it is, but the best part is next.

That looks wrong but you need to do bit of arithmetic.

By doing this arithmetic and specific positioning you've essentially made the background "punch through" the middle bit of the "sparkles" by creating a text-shaped image at the front. It should look like there's now a gap inside the letters. Look where the trees and ground pass through the text to see the effect best.

If your background image is smaller or larger than the original image you'll also need to make sure that the X-scale and Y-scale attributes of this "text image" are equal to that of the background image. Otherwise your images won't match.

And you're done. Well, sort of.

Try changing the Opacity and Blend Modes of the different middle layers - "5", "9" and "15" - to change the effect and see what you think looks best.

Also, try using a different image and see what difference that makes. You don't need to start again, just change the background image, then the foreground "text image", making sure you change the X and Y offsets again.

As with most creative things, it's the experimentation that brings the benefits.

If you're going to be creating a PDF using this technique then you'll need to create a PDF 1.4 or better, otherwise you'll lose the transparencies.
Retrieved from "https://wiki.scribus.net/wiki/index.php?title=How_to_create_some_spooky_text&oldid=32221"
Categories: