How to fake a vintage photo 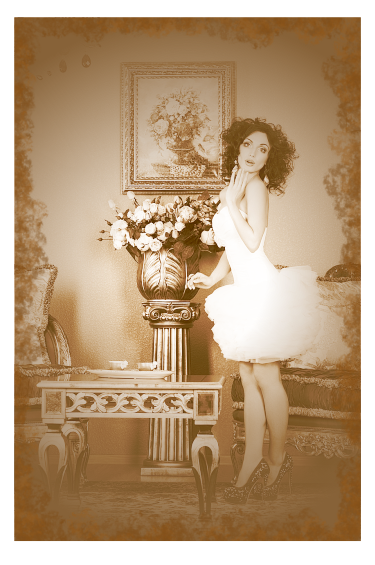 This tutorial will show you how to make just about any photo look like it was taken in the olden days.

Both Scribus and GIMP are used in this tutorial but you can skip the GIMP section if you don't feel comfortable using it. You don't lose a lot by skipping it but it's worth giving it a go.

If you're choosing your own image try to pick one that is in-keeping with the age when photos you're trying to re-create were made. So, for example, don't choose a photo where someone is wearing a digital watch, or an image of a car or an aeroplane. Choose something that would look right at the time.

At this point you need to make sure you have taken note of the size - width and height in pixels - of the photo you're using. It will be important during the GIMP section. If you're not doing the GIMP section then don't bother noting the size.

If you don't feel comfortable using GIMP then you can skip this section entirely and go to the Scribus section. The work done in this section is just for a finishing touch so it can be omitted if you just want to see how the main technique works.

GIMP offers many different ways of doing things and allows many different user interface options. Because of this, details of how you get to different functions are omitted leaving you to learn how to use GIMP for yourself. However, some explanation is given to help you know why you're doing what you're doing.

What you're going to do now is create an image that will be a "frame" around the finished photo.

If your new image doesn't look like a black and grey checkerboard then you've probably not set the background to transparent properly. Close the image and create a new one, but check inside the "Advanced Options" this time.

Now you need to set-up a paintbrush to create some "fingerprints" and "water stains".

You're now ready to paint.

You should have seen that GIMP drew some feint brown smudges around the edge of your image. If it didn't you'll need to check your settings above, undo the last action, and try again.

Now you need to make some slightly different marks.

You're almost finished with the GIMP work; just one more bit of drawing to do. 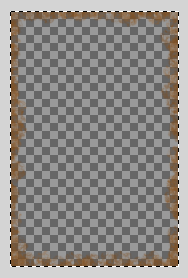 If you've now got an image that looks like figure 2 then you've created a nice little frame to go over your finished photo.

You can also save the image normally to GIMP's own standard XCF file if you want to come back to it later but if you need to make changes to the frame it's probably going to be easier to re-create it from scratch.

You've now reached the "main attraction" of the tutorial.

Now you need some colours.

What you're trying to create is what's generally called a "sepia image". (What you'll be making is not really a sepia image, it's just a reasonable attempt at a facsimile of one.) You will need two colours:

If you don't know how to create colours in Scribus then you need to read this article first.

Once your colours have been created you can start creating layers and frames. 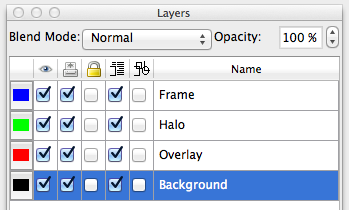 You're going to create four frames and in this case it's best of you create a layer for each.

You've already got a background layer so you need to create three more:

If you shift-click instead of drawing the frame it will automatically be sized to the guides surrounding where you clicked. That's a very useful tip that isn't too well-known, and well worth remembering. In the case of this tutorial it's easiest if you use this shift-click method.

If you chose a large image then it's probably way too big for the frame so you need to resize it.

Now you need to add some effects to the background image.

If you haven't used Image Effects before then it's probably best if you read this article first as it shows you how to add effects and change their settings in detail. This tutorial assumes that you have read that article or already know how to use the effects.

First you need to darken the image a bit. (This makes a better contrast with the overlay you'll be creating later.)

Next you need to remove all of the colour from the image. (Old-fashioned images were not coloured.)

Now you need to make some colour changes. This is the first tricky bit of the tutorial.

You should have a reasonable enough first go at a "sepia image" - like figure 6 - but you can do much better.

You will now make subtle changes to the colour curves of the image. Don't worry about what colour curves are at the moment. You can always read about them on the web later.

The exact settings for the curves shown here were found by trial and error for the image used. They may not be quite right for other images. The curve on the "White" colour was used to move the colour of the image towards the brown and away from the white. The curve on the "Dark Sepia" colour was used to "flatten" the tones of the image. You will need to experiment with them to see what works best for whatever image you use. 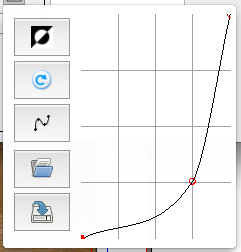 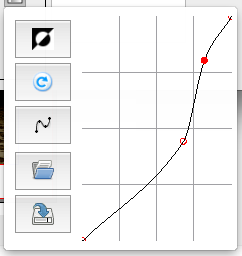 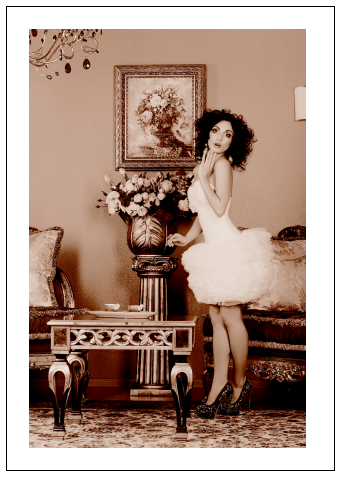 It's not looking too bad so far but it can be improved.

Now you'll work on an overlay that will enhance the background image.

What you can see should look like the original but your earlier work hasn't gone missing, it's just underneath the image you're working on now. It's time to add more effects.

You don't need to alter the colour curves for this effect so you should have something like figure 10 so far.

This helps to bring the whites "out" of the photo and your image should now be like that of figure 11.

This has had the effect of blending the foreground with the background while making the background lighter. Your photo should now look like that below. 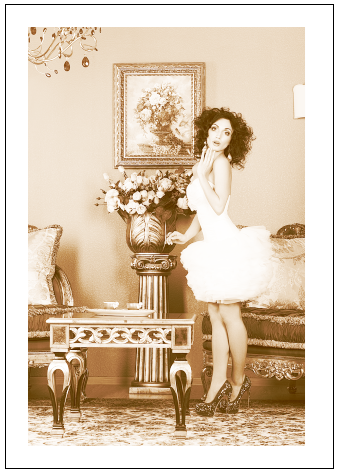 This looks even better than it did before but it can be improved even more.

Now you'll give the image a "halo" that will draw the viewers eyes towards the centre while obscuring the edges a bit more. Lots of old photos look like this because of the cameras, materials and processes that were used at the time.

Your image now looks like it did before because the image on the "Halo" layer has gone.

Instead of duplicating the image, moving it to another layer and converting it to a polygon, you could have gone to straight to the layer and just created a polygon but if you did that you would have trouble getting the polygon the correct size. Doing it this way means that you know the polygon will be exactly the same size as the image "underneath" it.

Now you've got your frame you need to put a gradient fill in it.

Your polygon has probably gone black but that's okay.

Some of your image has come back and there should be a black "smudged" ring around it like in figure 12.

If your gradient rectangle looks like figure 14 then it's probably correct. The ring around the image should now have gone a brown shade as in figure 13. This is okay but the photo looks a bit dark so you'll fix that.

Your photo should look like that below. It's looking much better but there's still one thing to do. 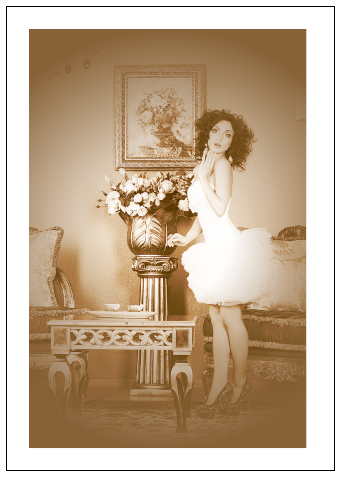 Do you remember some GIMP work you did a while ago? Well it's time to put that work into use.

Once your frame and image are the same size as the background image you're done.

You've now seen how you can convert an image into something that looks like a vintage photograph.

Feel free to change the colours, colour curves, or anything else you want to experiment with to see what other effects you can achieve. With some experimentation you can probably come up with something even better.

Some old photographs are lighter than that you've just created while some are darker. Some also have thicker halos around the subjects. Have a play about with all of the settings to make different types of old photos.