RDW Type Approval Division is the Approval Authority for EU vehicle homologation for the Netherlands. Posters were needed to show all homologation reguirements for educational and promotional purposes. Existing posters by various vehicle manufacturers were much outdated. Scribus 1.3.3.12 made the in-company creation (by one of the International inspectors) of a full series of posters for all vehicle categories from mopeds to tractors possible. Later two mousepad designs were created from these posters and mousepads produced for promotional purposes. GIMP 2.6 and Inkscape 0.46 were used too.

The vehicle graphics in the posters have been made by a professional designer on order of RDW. The designs were not to be related to any existing commercial vehicle model. 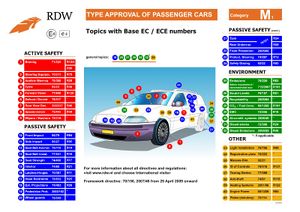 Overview poster for Approval of a passenger car 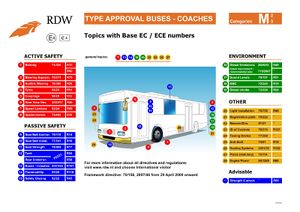 Overview poster for Approval of buses and coaches 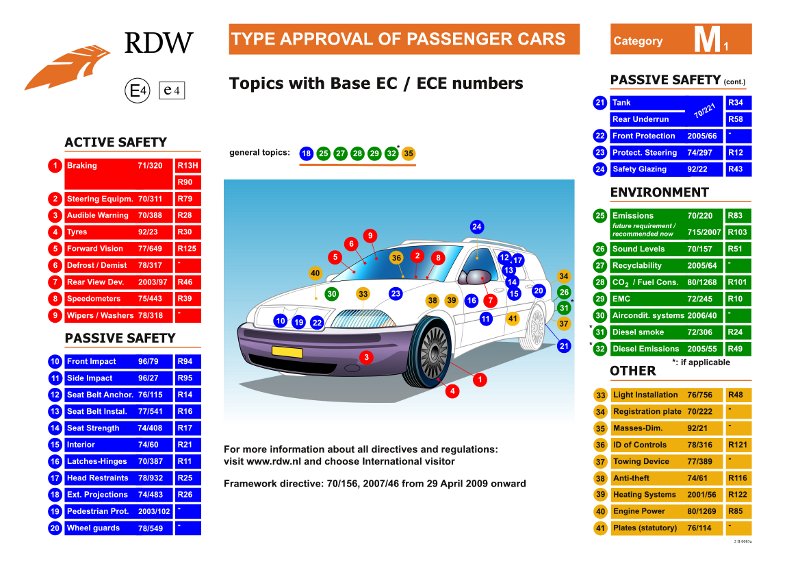 Denistar is a major player on Serbian denimwear market. They wanted to create a brand catalog, calendar and billboards for their Winter 2009-2010 campaign. All promotional material was created under Arch Linux using Gimp 2.6, Inkscape 0.46, and Scribus 1.3.5.1. 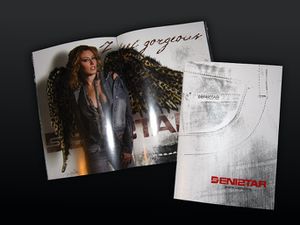 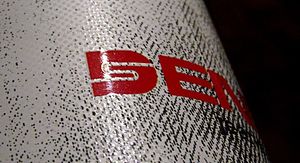 Close-up of the two-layer lacquer varnish 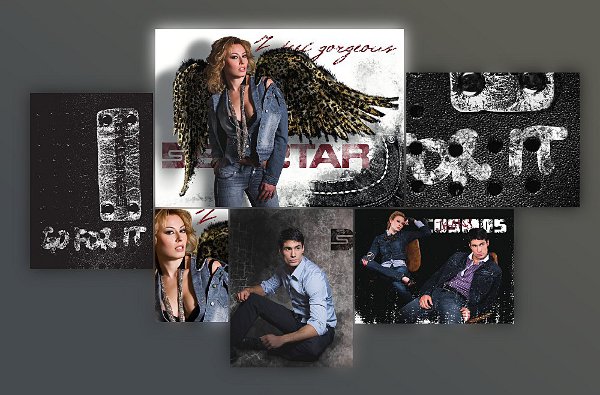 The cover used two spot colors, both of which were prepared as separate pages with PNG images that had Greyscale image effects applied. Some spread also used PNGs with alpha transparency. The printers claimed support for PDF 1.4, but they ultimately asked for PDF 1.3 after three pages failed to pass the RIP. Since some of the spreads used transparency, only pages withot transparency were exported as PDF 1.3. (The ability to export one PDF per page was greatly helpful.) Both PDF 1.3 and PDF 1.4 files passed the RIP without any issues.

One of the Major issues was interoprability with client's designers. The CorelDRAW (most likely X3 or newer) and Illustrator files (presumably exported from CorelDRAW) that were received both failed to open in Inkscape. The problem was resolved by having the client export PDFs. Another interoperability issue was a single bad PDF file that also failed to open in Inkscape. A high-resolution PSD file was used to trace the logo, and it was then exported as SVG and imported into Scribus.

Another challenge was reducing ink coverage on most images. Photographs were shot low-key, and ink coverage was in the 330%+ zone on all but a few of them. The initial decision to rely on Gimp's color-proof display filter proved to be a costly mistake and switching to Print simulation mode still showed images differently to how they display in Scribus. Gimp's color selector dialog, on the other hand, displaying CMYK values with target color profile applied proved to be a real asset.

This Agroecology Primer was comissioned by the University of Brasilia and the La Via CampesinaVia Campesina. It was done entirely using GNU/Linux, Gimp 2.6, Inkscape 0.46 and Scribus 1.3.5 by Studio Gunga. Printed on recycled paper 20x20cm. It will be distributed in rural communities and to peasant families of Brasilia - Brazil.

Go to gunga for downloading (in PDF) the primer in Brazilian Portuguese. 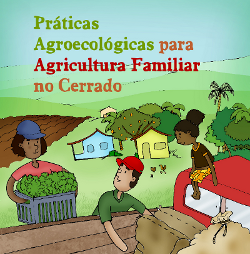 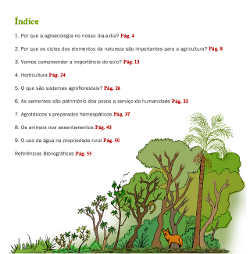 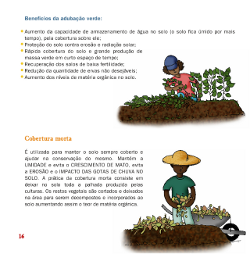 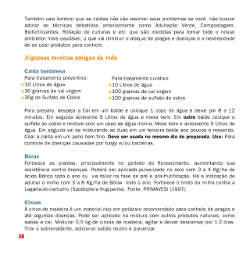 This afternoon I finished my first book on linguistics. Except for proofreading, it is ready for press. It will be printed by Linguistics Publishing, Inc., to be ready for fall university bookstore orders.

Not one penny of cash money was paid for any of the software used in the project. Rather, payment was made by participating in e-lists, wikis, bug reporting, and other resources to assist others in using the software.

I am especially indebted to the members of the Scribus e-list list and the Scribus community who listened to me with patience and offered advice and assistance as I learned Scribus and completed the project. 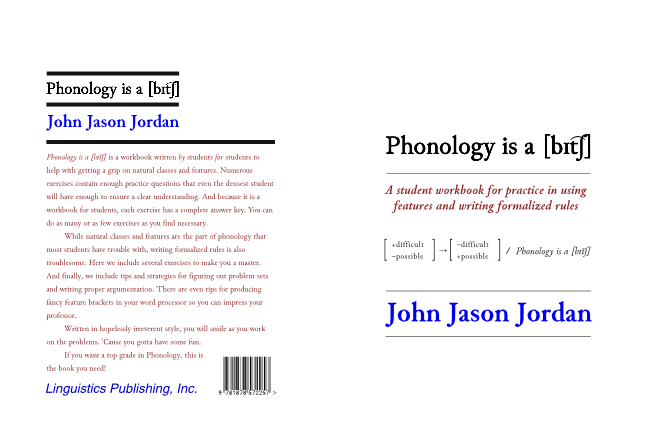 Here is a page showing formulas that I had to create. I found that the easiest way was to use OpenOffice.org Writer, placing the formulas in a two-cell table. I set the left cell very narrow because it just has the question number. When I had the page done in Writer I printed to PostScript file and placed the file into the Scribus document with File > Import > Vector file. As you can see from the image below, the PostScript file from Writer is not correct - the brackets are different widths. This is due to a bug in Writer, so I had to ungroup the PostScript file in Scribus and use Scribus to fix the problems. 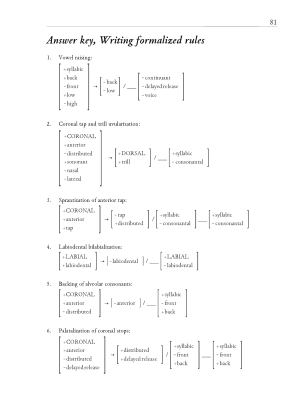 DebConf is the annual Debian Conference. Each year, after the conference is over, a final report is produced. In 2007 and 2006 this had been done with LaTeX, but for 2008 we decided that we wanted a sexier looking report, and took the leap of doing it with Scribus. The results are awesome. We are really happy with it.

The report can be downloaded from: http://media.debconf.org/dc8/report/ 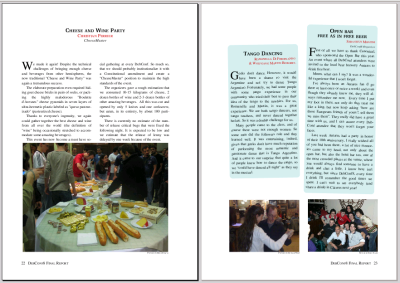 At my university, Lakshya, The association of Mechanical Engineers (of which I am a proud member), publishes a 4 page quarterly newsletter called Sanketika. Since it's inception, it was done in Microsoft Publisher, using the default fonts (Calibri), embedded images, etc. It wasn't bad, but it got better. Over discussions on how to improve it, we outlined various points such as a shift to serif fonts, a `Lighter' look, etc. Finally, over 24 hours, we sat down and did it. In Scribus 1.3.3.12. It was the first time I had ever used Scribus, but I found it pretty usable. It was amazing to see it coming off the press. Our latest edition had adverts showing off our conversion to FOSS, a screenshot of the Scribus loading window, and gave the scribus url for publicity. We will be teaching it to our juniors next semester, and they will continue the legacy!

The PR department of Guardamar's Townhall (Spain) uses scribus for some of its publications. I you want to have a look at the results, visit http://www.guardamar.net/index.php/es/publicaciones-prensa/guardamar-amar

Thus, the townhall tries to contribute to spread the use of open source in public administration. Right know, 1.3.3 is used for production, although we are really looking forward to the 1.3.5 release because handling seems to be a lot smoother. There is only one major drawback from the usability point of view: accents do not work and we have to switch to the text editor for every minor change in the texts which imho is just not acceptable for such an excellent piece of software. 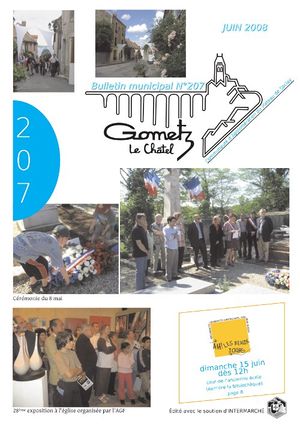 We use Scribus for our town magazine. We use it since number 207 (June 2008). You can download the magazine at http://www.gometzlechatel.fr/w/index.php?title=Bulletin_municipal

The switch to Scribus has enabled us to save money and to make the magazine under Linux.